Skip to content
This Thanksgiving weekend, Londoners sat down to share a meal and to appreciate the fall harvest, and their homes, families, and friends.  Unfortunately, not everybody in our society have the privilege of a home.
Also this weekend (on Friday, October 10), people in London and around the world marked World Homeless Action Day. The focus of the London event, in Victoria Park, was to bring attention to the need for affordable housing and related supports in our city. 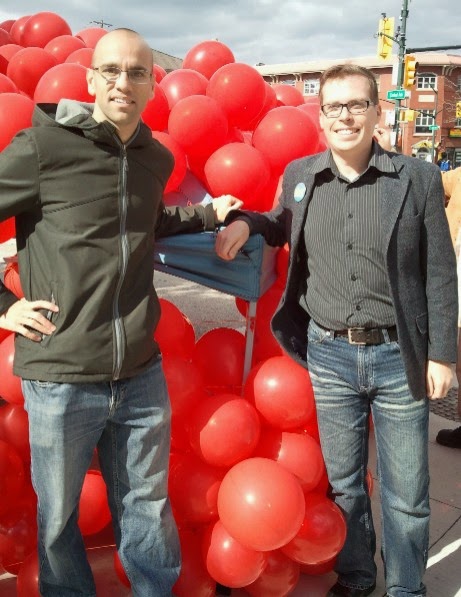 At World Homeless Action Day in London
The event was a powerful reminder that homelessness affects all Londoners. While it is the most urgent for those in need of housing, for others it can affect quality of life and confidence in our community.
Last week, I met with Abe Oudshoorn, chair of the London Homeless Coalition, to talk about the details of housing needs in London.
There are approximately 1000 homeless people in London, thought the number can be hard to nail down. That includes not only those who are sleeping on the streets or in shelters, but those who don’t have a permanent place to stay, often bouncing around between the couches and floors of friends or family members. Not all could stay in shelters anyway, because only about 400 shelter beds are available in London.
There are a few things to worry about when aiming to end homelessness. One is finding a new place to live for people who don’t have one. The rest is about prevention – mainly helping prevent people from being evicted or from having their utilities shut off. The province used to do a lot more in this regard. The former Community Start-Up and Maintenance Benefit (CSUMB) helped people on Ontario Works (OW) or the Ontario Disability Support Program (ODSP) in exactly these circumstances. When Ontario eliminated it in 2012, it left a gap in these services of more than $4M out of the $9M budget.
London established the Housing Stability Fund to help meet this need. It provides emergency assistance to people facing eviction or utility shut-offs, or who need to move. In the fund’s first year, the demand for these services was double what had been budgeted. That big a difference is unsustainable, and takes resources from other city supports for those in need. 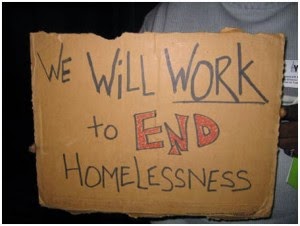 While a lot of this sounds bleak, I also drew some encouragement from my meeting with Mr. Oudshoorn. Some of you may have seen a video being shared on social media lately about Utah’s efforts to end homelessness by – wait for it – giving homeless people homes. The state found that, not only was this approach the most compassionate, it was actually cost effective. Homeless people require a huge amount of resources from our law enforcement and medical systems. Utah found that giving homeless people an apartment and access to a social worker didn’t just make sense in terms of how we should treat fellow citizens; it also made sense for their budget. Portland, Oregon has taken a similar approach, placing more than 12 500 people in permanent housing.
London would never try anything that bold or progressive though, right? Actually, we’re already doing it. London has a pilot project to move 50 homeless who have needed the most resources – in terms of policing and emergency room (ER) visits – into stable housing. It makes financial sense, too. It costs $45 per day to provide space for someone in an emergency shelter. To provide them with an apartment costs $200 per month on top of the $375 covered by OW, so after less than a week the apartment wins out.
An individual in the pilot had over 200 police incidents in the year before being housed, and now only has had 7.  Another had over 100 questionable ER visits – each visit costs the healthcare system about $700 to see someone – and has now has only been twice for legitimate reasons. This pilot project is something I was thrilled to hear about, and something I think all Londoners should be proud of and encourage to enact here.  Shelters can then become re-housing organizations to get people quickly off the streets and into permanent housing.
On City Council, I will take an approach to homelessness and affordable housing that considers people’s health and dignity, as well as what’s best for our city as a whole. That approach will include:
It’s time we approached housing and homelessness in our city in a way that makes sense, and that puts people first. A society is only as prosperous as its most vulnerable members.